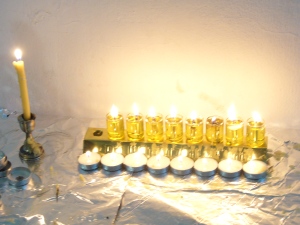 The above picture, as well as those below, were taken by me, last night.

Today is the last day of Chanuka.  Last night, we had a full menora.  It makes me kind of sad, to think that Chanuka is gone.  Don’t get me wrong – Shlomo and I did not end up doing most of the fun stuff that I thought we would.  It was mostly his fault, because of his poorly timed naps, and early candle lighting.  Or maybe that was my fault.  And Yitzchak didn’t get vacation, so we couldn’t really do anything as a family unless it was around candle lighting time or afterwards.  And, obviously, after 5:00pm is not prime time for activities with a toddler.  It is prime time for getting supper on the table, really fast, and helping said toddler relax and go to bed.

But still.  I like the lights, seeing people more relaxed, and the jelly donuts (sufganiyot).  I like seeing Chanuka menoras all over the place, and how the buses say “Happy Chanuka” (in Hebrew, of course).  I like waking up in the morning to a quiet campus, because there are no classes during Chanuka break.  And I like seeing my adoptive parents slightly more relaxed, because they have vacation,  just like everyone else.

And I can still do what I had planned.  It may not be as exciting, but it can still be done.  I can take Shlomo to my cousin’s, and see her two youngest kids, even if the four older ones are back in school.  I can take him to the mall, just to walk around and climb on the riding toys that I’m not paying to activate.  He won’t care if there are Chanuka decorations or not, just like he won’t care if I activate the electronic car or not.  I care, because I think it’s cool to be living in a Jewish country.  But he won’t care, because he doesn’t know otherwise.

So, Chanuka has gone, but we have enjoyed it.  And now it’s back to the regular schedule, with a couple of tweaks in order to ensure that Yitzchak finishes the material in time for the Rabbinate’s test in a few months.

Here are a few other pictures.  They admittedly aren’t much, but they are pretty. 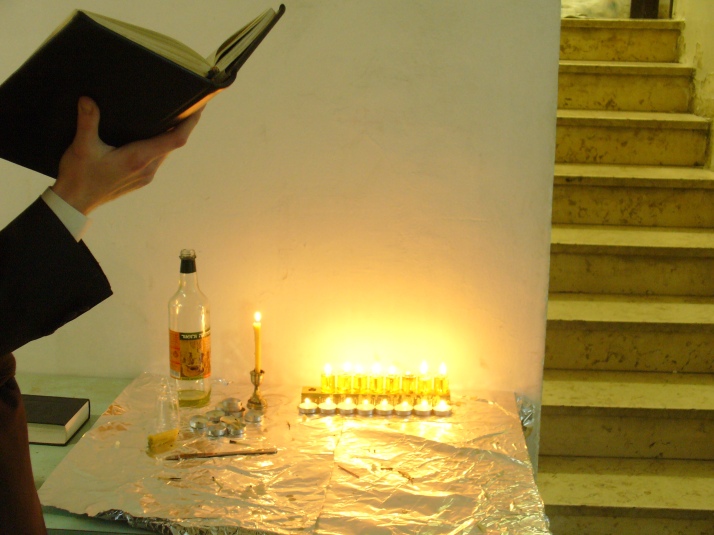 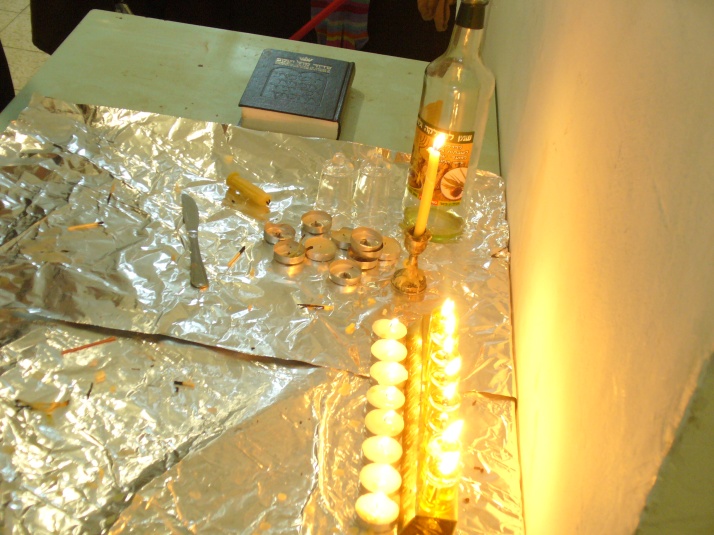 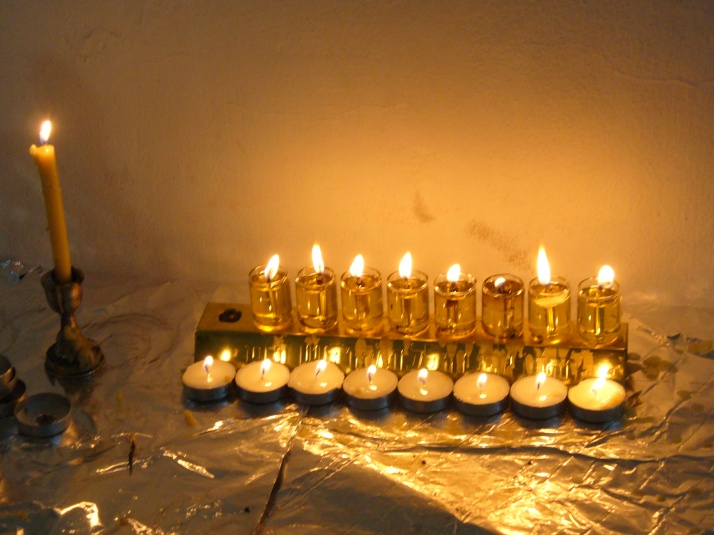 2 thoughts on “The Last Day of Chanuka”